For a recent session with teachers about whole school numeracy, I created a couple of animations demonstrating:

The Mathematics General (Stage 6, Years 11 and 12) syllabus in NSW includes numerous content points, considerations and suggest applications involving spreadsheets. But, I suspect, many teachers are not using spreadsheets in their lessons mainly because you get through the course without using them. Yet using a spreadsheet to complete some of the mathematical heavy lifting, can allow for the use of real-life data and the investigation of scenarios.

On MathsLinks there is a new feature to create Lists. Lists are, like they sound, similar to a wishlist or shopping cart - you can create a list of links chosen from MathsLinks.

Many teachers are now using Google Classroom to connect with their students. Recently Google added the ability for external sites to share to your classroom. I have added this functionality to MathsLinks.

The transience of sharing

As a serial organiser, a brain cell explodes when I read on a social network involving teachers, "where can I find?" or "has anyone got?".

Pizza, it must be engaging, right?

Recently, I have been considering how to see more fruit in my classroom. As I mentioned previously, the effort factor is significant. The modern idea that students will (or should?) only engage in activities of interest to them goes against everything they will come up against in the future.

Preparing to Engage, Enhance and Extend

I am presenting twice in September about how I use technology to engage, enhance and extend in my teaching.

This saves you from remembering another username and password.

[If you already have an account on MathsLinks, go to your profile page and you can add the ability to sign in with Edmodo.]

I want to start writing more regularly to highlight some of the resources on MathsLinks and MathsFaculty, and putting them in the context of my teaching.

Activity- Airplane in front of the moon

Back in 2011, Nordin Zuber posted this found image on MathsLinks.

Happy end of school year (in Australia at least).

Last week was the annual MANSW conference, and I posted a couple of summaries.

The annual Mathematical Association of NSW (MANSW) conference is this week. I hope to meet some of you there. I will have lots of MathsLinks business cards for you to take back to your colleagues.

TeachMeet AC Maths on Thursday gone was fantastic. Check out the wiki page for the presentations.

Here’s my 2 minute presentation about MathsLinks.

For teachers in Sydney, I hope to see you at the TeachMeet for the Australian Curriculum in Maths – this week, Thursday 1st August 2013.

A new help page on MathsLinks has 6 videos to help you, your staff or colleagues get acquainted with using MathsLinks. The videos total just under 6 minutes and cover signing up, using a link page, sharing from MathsLinks, browsing, submitting a link and getting updates. Ideal for a faculty meeting or staff development day activity.

A reminder about the new feature added this week. You can now leave a comment on any link or resources shared on MathsLinks and MathsFaculty.

In January, I wrote “let’s make 2013 the Year of Sharing”. We probably all know that some of the best sharing is not a specific link or a tangible resource, but an idea. Those discussions may happen in the staffroom, over a coffee, on playground duty or on a social network.

This week, MathsLinks hit 700 links all categorised by topics and syllabus. 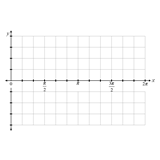 Lots of additions to the Downloadable Essentials section on MathsKit this week. Including: A page of table of values and coordinate grids, pages of number lines, some more pie charts and trigonometric graphs, blank, degrees and radians.

Downloadable Essentials is a new section on MathsKit.

In meeting the purpose of MathsKit, quick links to resources for Maths teachers, there are free downloads of graph paper and lots of grid images. There are lots of sites offering free graph/grid paper, but not so many providing high quality grid images with the specific purpose of using them in a worksheet or exam create in Word (or other program). Please suggest other files that should be available, I will gradually make and add.

‘Tis the season to be programming.

Teachers in NSW are currently programming for the New NSW K–10 syllabuses for the Australian curriculum in Mathematics. (Of course, teachers in other states have already implemented the Australian Curriculum) As all these teachers are programming and collecting resources, I’ve updated MathsLinks and MathsFaculty with the outcomes from this new syllabus.

Try it on this link, you get a nice screenshot of the site in Pinterest.

Try out the Word Search on MathsStarters. There are only three versions at the moment (although the placement of the letters is different each time you play the game). If you’d like to add a game, just send me a comma-separated list of words and a title for you game. For teachers in NSW, Australia, my current aim is to make a word search for each topic in the NSW General Mathematics syllabus.

Also, I’ve added the search functionality back on this blog.

The provider for screenshots on MathsLinks has been updating meaning that all sites now have a nice, slightly larger preview image. For YouTube videos, I’m getting a screenshot straight from the video.

Any link on MathsLinks can be “liked”. If you find a link useful, like it… just click the thumbs up. This lets teachers quickly judge if others have found a link useful.

As always, your feedback is welcome.

Here, the new school year begins on Tuesday. Can you make 2013 a year of sharing?

Now that we have a National Curriculum in Australia, let’s make 2013 the Year of Sharing.

For the new year, the sites have a new look and functionality, feedback is welcomed.

The redesign is still a work in progress, and the main aim is to make it easier to use MathsLinks and MathsFaculty.

Some seasonal links this week, enjoy the break. Merry Christmas.

Keep an eye out for new look sites soon.

Just one lonely link this week… a Christmas tree logic puzzle. Year 8 stuck with it, some of them getting a better score than me on their first go. Nearing the end of the year, I’ve updated a previous MathsClass blog post from 2008 with additional supporting material to make this nice design. Files available on MathsFaculty.

Thank-you to the people who completed the short survey last week, looks like this weekly summary is helpful, so I’ll continue to produce it.

Since May, I have been posting a weekly summary of the links and resources added to my other sites, MathsLinks and MathsFaculty, calling it “MathsClass This Week”. A quick poll: (viewing via an RSS feed or email, you probably need to visit the site to complete the poll)

A small update this week as we get to the end of the Spring holidays.

Please help me by completing this survey to get some ideas about improving the MathsLinks interface.

A lot of links and files this week…

Did you go to the 2012 MANSW Conference? If you don’t have a blog, consider leaving your reflections as a comment here.

This week’s highlight, check out the GeoGebra HowTos from Nordin Zuber on MathsFaculty.

This looks interesting… the GeoGebra for the iPad project is looking for funding on Kickstarter. Currently only 25% funded.

Thanks for the comments on last week’s post Being too helpful?.

First up, here on MathsClass, I’ve raised a question about being too helpful. Do you have any comments? Nordin’s comment is a good read.

I suspect that as you find great resources on the net, many time, like me, you still have a need to scaffold an activity around that resource… maybe resulting in the creation of supplementary material.

This week, along with many colleagues, I heard Dan Meyer present “How can we design the ideal learning experience for students?” Great inspiration as we head into the second half of the year. Were you there? What did you learn/think?

Looking forward to seeing Dan Meyer present in Sydney this week, looks like there are still places at the afternoon session.

Most teachers have a USB stick full of their teaching resources… similarly most schools have a file server with a Mathematics folder chocked full of stuff that has been randomly downloaded, scanned or created.

But, what about web-sites? I’ve seen many Word docs named “websites.doc” and shake my head. At a professional development course I went to, the presenter had addresses for web-sites he used in a text file, I suggested he use MathsLinks, but his reasoning was sound – he had the links with him with other resources for a lesson. Social bookmarking sites like Pinboard (my recommendation, here are my maths bookmarks) are great, but I found categorising on MathsLinks suited me even better, then I made it public.

Now I’m adding some features to MathsLinks which are a little bit old-school, but will hopefully make it more useful when programming and sharing links with colleagues:

Try it on these links…

Yesterday, I announced that I added a Maths Bingo game to MathsStarters. Since then, I’ve added Expansion (algebraic) and Unit conversion games.

First up, a visual refresh to MathsKit. I hope it’s easier to find the best resources in each category. A more obvious menu and each category is initially limited to 5 links with a click to show more. What gets in the top five depends on “recommends” a link has received.

On MathsLinks, I tweaked the NSW K-10 Mathematics Syllabus page to include Early Stage 1 and Stage 1 outcomes. I’ve also brought all the outcomes onto that page in hopefully a easy to use way.

Nothing to do with MathsClass, this week saw the addition of Emma to our family.

Four maths teachers kindly shared their work on MathsFaculty for others to use.

Recently my online focus has shifted to my network of sites. This network is about making the essentials for maths teaching easier to find and more accessible.

MathsKit is a page of all those everyday resources.
MathsLinks now has over 500 online activites for maths, all categorised.
My new site, MathsFaculty is for maths teachers to share. I suspect that everyday, teachers waste time searching for, and if they don’t find, creating resources. Let’s fix that by sharing.

Each week, I’m going to use this blog to summarise what has been added across these sites.

* “This Week” is more like “recently” for this first review.

I recently spent some time improving MathsLinks and adding some new features.

For the new year

Here are some resources for the new year…

After the recent redesign of MathsKit, the next site I have redesigned, or really launched is MathsLinks.

For a while I’ve been collecting and saving to a web-site maths objects to use with my classes. By objects I mean single activities, rather than a web-site of maths activities. I’ve been trying to take some of the many things I find and save to delicious and put a purpose to them – deciding that it’s something I could use with one of my classes.