I’ve been thinking what I can do each which with an Advanced Mathematics class that is crafty and relevant. At the same time, @meaganrodda mentioned “Foldables”. I had seen them before, but had never made them with a class. It seems that Foldables might be a great way to have “Arts and Craft Friday” and summarise the course at the same time.

Currently, we are looking at Functions and Quadratics. So, I made two foldables that summarise:

(Use the above link to see the files on MathsFaculty, also available via the link below.)

There’s not much for the students to do in these but cut and fold. But, I wanted to introduce the idea of summarising like this first. Then, start to move towards the students creating the content. 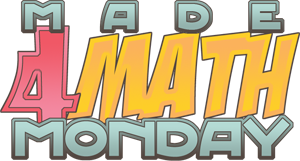 This is also my first submission to Made 4 Math Monday. If you haven’t seen this on blogs yet, check out @druinok‘s blog, Teaching Statistics each Monday.

Functions and Quadratics Foldables ZIP, 396 KB
This work is licensed under a Creative Commons License (?).

druinok on  06 August 12  at  12:17 AM #
I <3 foldables! Thanks for sharing yours! 😊
Nutter Buttersmith on  06 August 12  at  01:20 PM #
Arts & Crafts Friday sounds great! It's cool that the kids got into it enough to ask about it...also, excited for more foldables. I have never seen them or heard of them before, but now that I'm get into the math blogosphere, they're EVERYWHERE!
@cheesemonkeysf on  06 August 12  at  02:49 PM #
Love these! I am learning that the most valuable aspect of providing a foldable is that it gets the students interacting *physically* with the material. Older students can be harder to engage, so I think this is an awesome way to capture their attention! - Elizabeth (aka @cheesemonkeysf on Twitter)